I am a big fan of what KCRW (Seattle) is doing. They are streaming some of the best music over the internet. I am also a big fan of Ben Howard and India Bourne. India is the cellist and percussionist for Ben's band. I have picked Ben as one of the stars of 2015. I have been wrong many times before. I do not care. He is one on my watch and listen list.

Here is Ben Howard w India - turn up your speakers!

We Have Oranges (and Lemons)

You should not be able to complain (to express dissatisfaction, pain, uneasiness, censure, resentment, or grief; find fault) unless when things change you express the opposite. Lately I have complained about lack of pavers, rain, and who knows what else. Today everything changed - the pavers have all been laid, the cacti have been planted, the mini palms are planted, and the fruit trees have been planted. On top of that I had a great game of tennis. Here is a photo of Jay and Katie at Jay's corporate Christmas party. Jay was honoured as a top salesman at this get together. Congrats Jay. 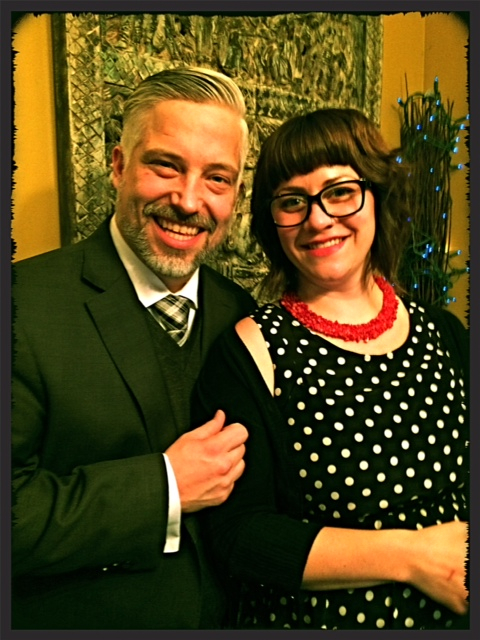 All of the pavers have been cut and laid.

I may have been wrong about both. The spaghetti dinner at Frank's place was more fun than I have had in a long time. Agreed there were Frank impersonators but they were in their 70's, 80's and 90's and put on a pretty good show. A good time was had by all. It turns out that Dolly Sinatra Lodge is Lodge # 2400, Order Sons of Italy in America. It is named after Dolly Sinatra of course. There was a sense that you should contribute or someone would shoot out your knees. Great night. Our next cheap and cheerful outing is going to be Bowling at the Fantasy Springs Casino. Black lights, strobes, the whole bag of tricks. The wives have all agreed to wear white bras. 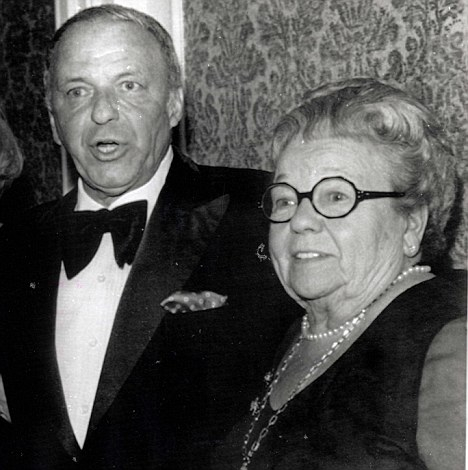 The &^!@% pavers may be another matter. Agreed, there were pallets of stones for the workmen to lay at the beginning of the day yesterday. But by 3PM they had laid all of the pavers and had only covered 30% of the courtyard. The street was empty. We have no idea if the workmen will show up at 8AM this morning. We have no idea when or how the remainder of the pavers will arrive.

A couple of weeks ago Carol and I coerced some folk into going to the Ace Hotel to see Sissy Bingo. "Trust me" we said. It was not bad, nothing that you would do twice in one season, but not bad. I think that tonight could be pay-back time. We have been invited by one of the couples to go to Frank Sinatra's mother home for a spaghetti dinner. I do not think that Frank's mom is hosting, but I will bet that there is a Frank impersonator and that he will sing a Paul Anka song or two.

The paving stones arrived yesterday. I pulled one from a pallet and had a good look and again it was not what we ordered. We have already had the wrong pavers once, how can this happen. The landscape designer was here in 15 minutes to show us that I had pulled the paver from the wrong pallet - it was scheduled to be moved to another worksite this morning. Relief.

This morning the pavers started to be installed. And yes, that is Carol doing laundry in the garage - click on the photo, you will see for yourself. 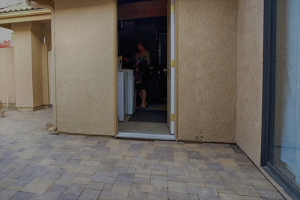 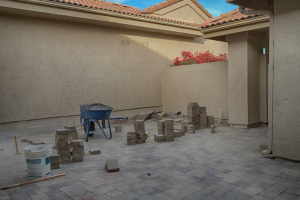 Billie in a Hocket Bag

Here is Jake Bugg - turn up your speakers

Tonight we will be hiding from the party hats and noise makers. New Years Eve will probably be celebrated by watching the goings-on in Times Square. The good news is that midnight there is 9PM here. We will still be awake.

We are still in construction hell and it is starting to be a bit tedious. A week ago some of the bricks for the courtyard arrived and they were laid. It took just a few minutes to determine that they were not the right brick. We have been waiting patiently tracking sand back and forth while the manufacturer pours new bricks and gets the finish right. We have now been promised January 2 for arrival but I will bet that it will not happen. I think it is more likely that we will see them early next week.

Carol and I had an invite out for dinner during the past week. The chairlady of the Tennis Committee is a very nice person and it was wonderful of her to include us in her gathering. One of the gentlemen (we will call him Peter, oh - that is his real name) turned out to be the first Republican wing-nut that I have had a chance to meet. Part way through a forkful of salmon he requested assurance from the other guests that we believed that Obama was a muslim. The responses varied from "No" to "Excuse me". Then he started in on Michelle Obama, but was cut short by his wife before the dunk was completed. One by one the Canadians at the table challenged the wing-nut. He finished chewing his mouthful of food, pushed his chair back, stood up, and went home (leaving his wife sitting there.) I think he was meeting Donald Trump for a beer.

Gasoline is $.64US per litre. It makes me want to go for a drive. There is lots of snow in the mountains today.

Here is the firework display from Sydney today:

Clocks From Irene and George Carol and I received a wonderful Christmas card from our family. It shows all of the most important aspects of the Christmas seasons - children, couples, and couples having children. It made the old couple in California a little homesick. We sure do miss them. Then we think of the snow - Santa rides a surf board here. We are not going to have a traditional family Christmas. We will play some tennis at 9:00AM, and then go to the movies. There was talk of seeing the movie that has caused all of the trouble between North Korea and Sony. Who knows.

So far as Christmas presents are concerned I will place money that my gift to Carol weighs more than anything you give or receive - 1100 square feet of inter-locking brick. Carol gave me a dump truck load of sand. We are so good to each other. The bricks started to arrive yesterday but they were not the right ones and I had to return them. We are eager to get them installed as we have some friends visiting in January (although if they are not installed when Billie visits in February, we will just get her a pail and shovel and let her go to it. That should work too.

We have heard that Bronwen is expecting a girl. It is wonderful news. We are as pleased as punch. Well done Bronwen and Glenn.

Hint: Keep reading and you will find the origins of "pleased as punch".