So Much for Journaling Each Day

It has been 2 months and 19 days since I last wrote on the VOX. I am disappointed with myself. I have become really, really lazy. Quite a bit has happened since February 6th and I am going to try to remember it now.

All and all a great season. It is good to be home though. We are looking forward to the yard cleanup, Eryn's 1st birthday, our new dish washer, and visits with folk we have not seen since last year.

Silver Sands decided that we would enter a team into a USTA league this year (over 55, doubles, each court no more than 7.0 total on the Richter scale). Some people want to practice. So we are going to do drills this morning. 68 years old and some whipper-snapper is going to yell "move your feet". Some people will do anything to hit one ball in a hundred better. I am just adopting a new approach to the game - I call it "What would Willie do?" Does Willie practice for his concerts? Hardly.

Here is a photo that I just found from earlier this spring. It is of the tennis team that I played for in the BNP Paribas Indian Wells Seniors Tournament. We did not do well this year. Must have been over-confident from last year. 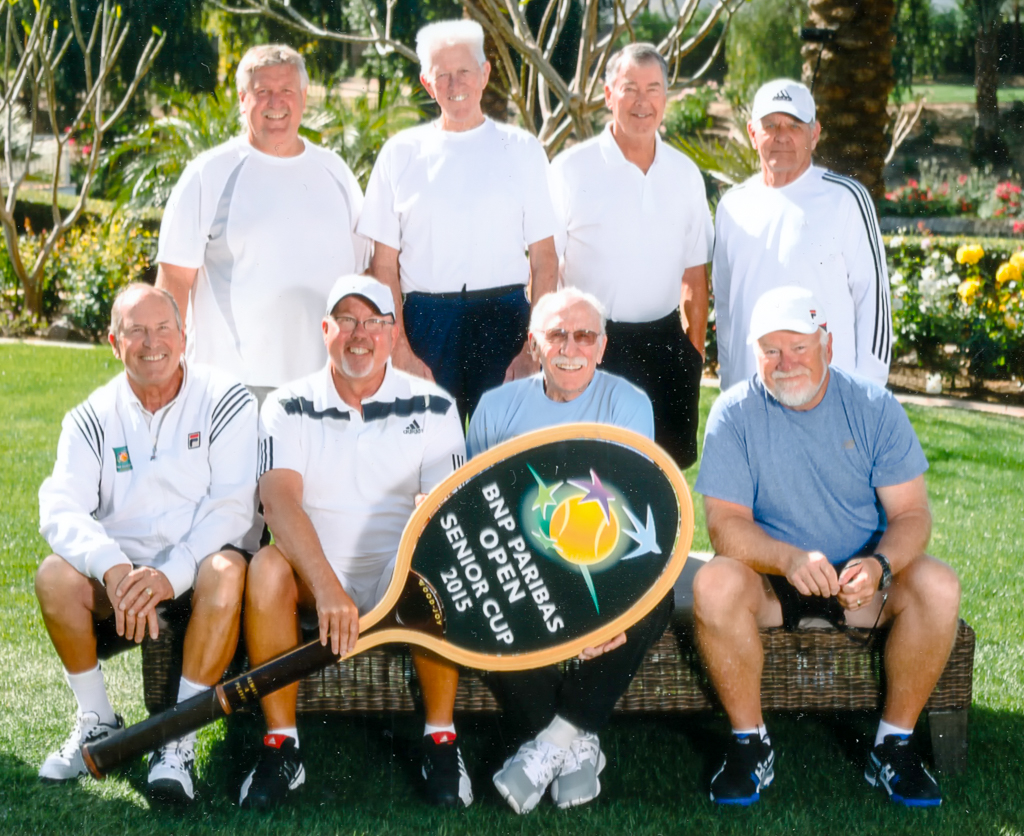 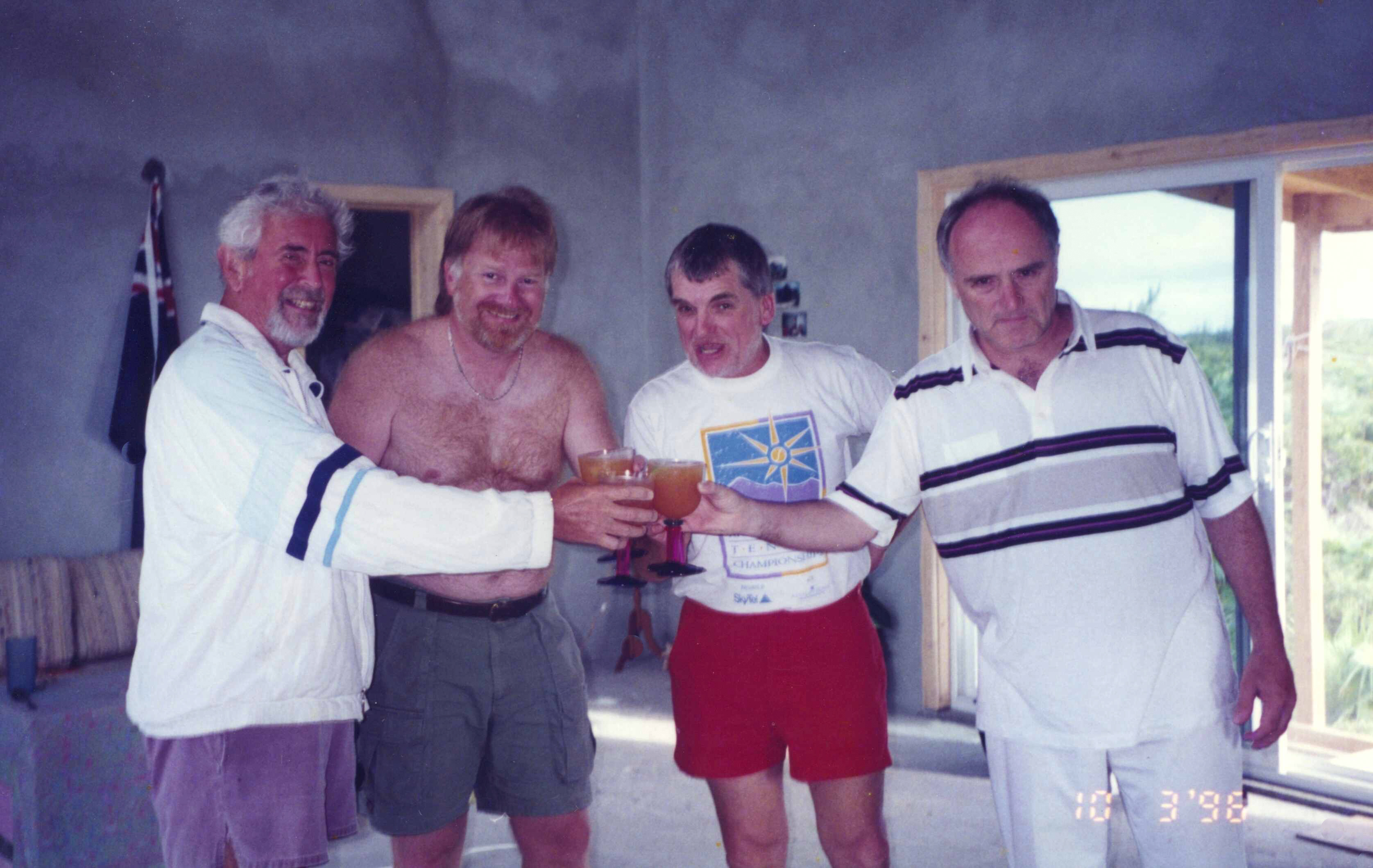 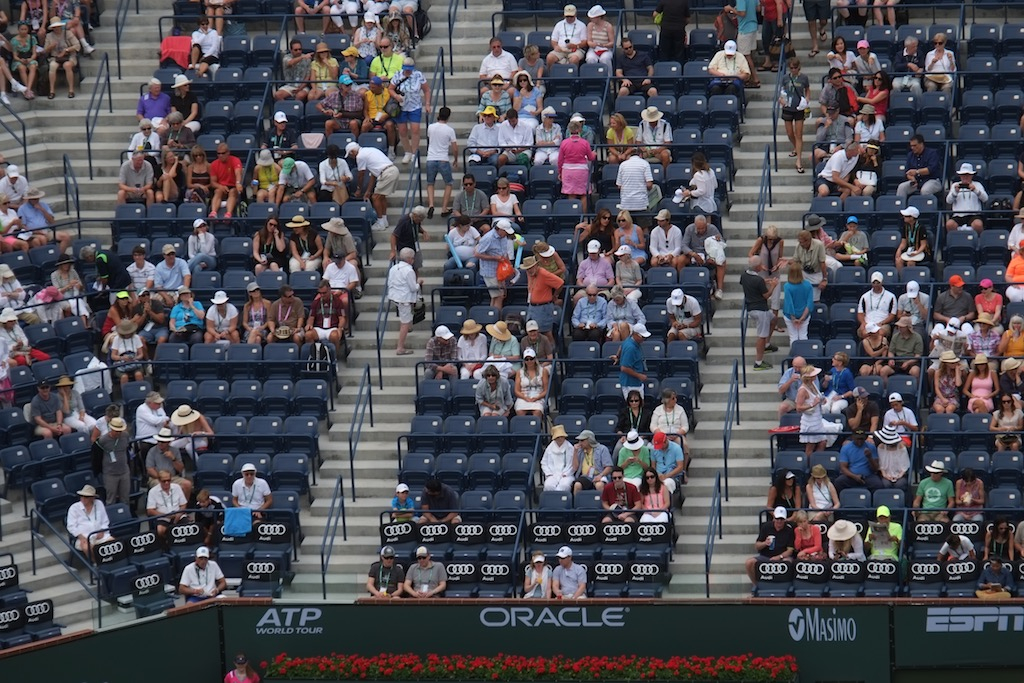 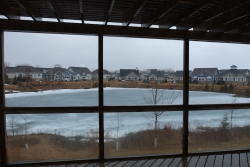 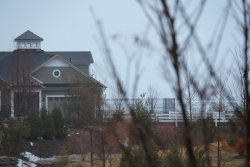 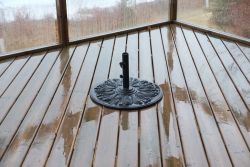 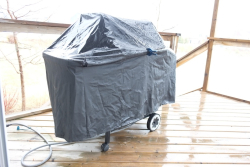 I hung up my crutches a few days ago, and I have now taken off the air cast. I have made a couple of quick trips to Loblaw. Everything is still tender, and I do not stand around just for the heck of it. Both feet get tired and painful quickly. It reminds me a bit of Madeline Kahn's scene from Blazing Saddles where she sings "I'm Tired". Of course she is tired for a completely different reason, and her routine is funny. My feet do not feel so funny. None the less, I am up and about and looking forward to tennis this summer. I told Carol this morning that there have many days in the last 50 years of playing tennis when my feet have felt much worse. This does not mean that I am heading to the attic soon. 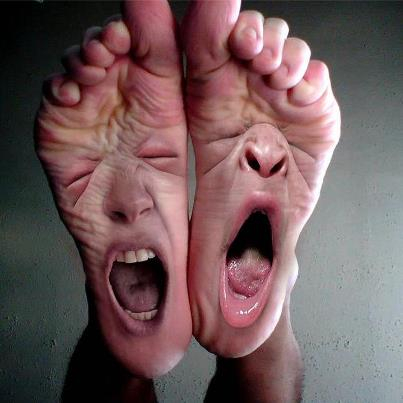 While on the subject of Eugenie Bouchard - she is having a wonderful French Open and has made the semi-finals at a grand slam for the second straight time - a Canadian eh?

Carol had her last tennis lesson today and I wanted to get a couple of photos that I could use on the new Silver Sands website. There is a photo hanging in the clubhouse that I have admired for some time, and wanted to get for the website, but every time I tried to shoot a copy, there was too much glare from the glass. I decided that I would take my own and render it in B&W. The photo itself is not old, but the people in the photo are getting there. 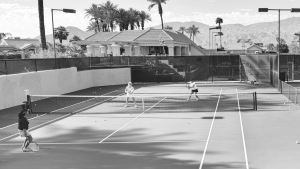 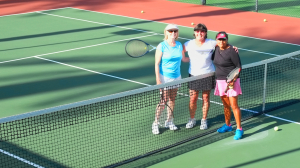 At the beginng of this week Estrella Cabeza Candela was ranked number 96 as a singles player. She lost in the qualifying round at Indian Wells and has dropped to number 101 in the world. She is still a hell of a tennis player. Estrella has been billeted (it is the tennis version of the "couch" tour) with one of our neighbours for the PNB tournament, and as a way of saying thanks she agreed to play a demonstration match at Silver Sands.

It has been a treat. 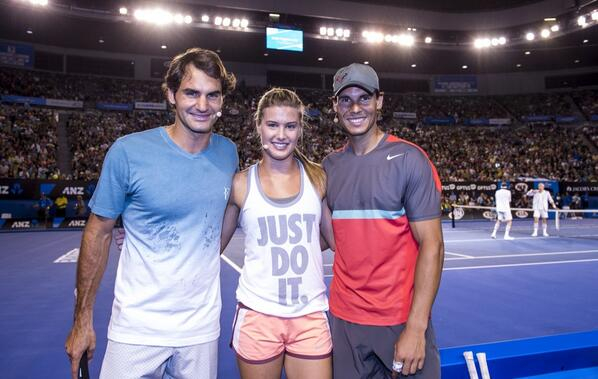